Today is the day that we offer you a MASTERCLASS in Burgundy without ripping your face off.

Last year, we were OFF THE CHARTS GIDDY to offer you the horizontal and vertical OWC Burgundy boxes from Louis Jadot.  When I say they were a success I am being modest.  If I could GIVE you all one of these boxes I would.  100,000.

If you are into wine, on ANY LEVEL, this is perhaps the single most MUST HAVE buy of the entire year.   Why?  Because it's nearly perfect.   It tells the complete story of the most complicated wine at a price that harkens to a time when wine was drank (sic) and enjoyed and not hoarded.  All right it's not the complete story but it's a freakin Nobel and cannot be PEN/Faulkner nor Pulitzer.

Get to the point.   A WINE'S QUALITY IS DETERMINED IN THE GLASS.  I haven't written anything good in weeks.

Louis Jadot is really good at the 1er and Grand Cru level, totally underrated and massively undervalued.  It’s no secret that we’re fans now, largely because our buddy Kurt who is responsible for bringing the higher end wines into the country opened our eyes by simply pouring them and telling the Jadot story, which boils down to great holdings and restrained vinification. Burgundy can be a snob fest, its borderline impossible to understand for a novice, and the pricing is silly. At the same time, great Burgundy is sublime.

The beauty of the big houses in places like Burgundy is that they own many of the best vineyards and often times can afford to hold wine back to mature in their own cellar. Leroy, Bouchard, Drouhin, and Jadot are legendary for this.  Or Krug, DP, and Lopez de Heredia if you want to have at it.

At New York Vintners, we believe in one thing above all, education is the key to appreciating wine.

Kurt convinced the slightly .... let's just say conservative.... folks at Jadot to open up the vaults at Jadot and create Jadot Burgundy Education Packs.  These GORGEOUS wood boxes packed directly at Jadot and shipped directly to us are incredible values.

YOU SAW THEM LAST YEAR - SHADY'S BACK - BACK AGAIN!!
Les Climats de Beaune:

Jadot is based in, and most famous for, their Beaune holdings and 2 of the packs are DELICIOUS verticals of two of their BEST premier cru vineyards - Boucherottes & Theurons.  The third case is a single bottle from a selection of 6 different 2014 Beaune premier crus from the most northerly expression of Les Cents Vignes or “the Hundred Vines,” lying in the northern section of the Beaune amphitheater all the way down to Boucherottes which lies at the southern end of the commune, where it shares a border with Pommard.

All 3 boxes come in a collection-quality wood case emblazoned with a map of the Beaune 1er Cru terroirs and a descriptive brochure with a personalized note from the president of Jadot, Pierre-Henry Gagey. These are quite literally a Burgundy education in a box.

My pesto wasn't NEARLY as good as yours. 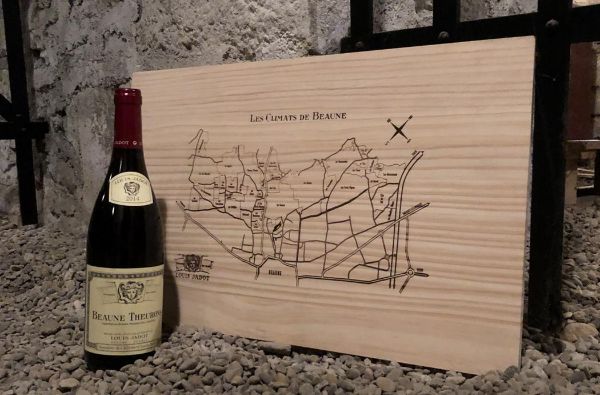 From vineyard to cellar

The premier crus of Beaune have historically been counted among the top wines of Burgundy. Only in the recent century have these eternal terroirs and their wines become overshadowed by the villages of the Côte de Nuits. However, tremendous quality and diversity of expression remains available from wines that will age effortlessly for 20 years or more yet are obtainable at a fraction of the cost of more well-known sites. These are the next smart-buy for those searching for fine, collectable Burgundy at a reasonable price. 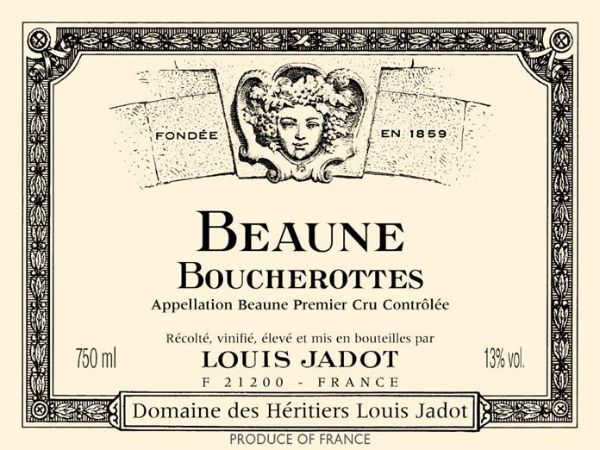 The Beaune vineyards are nearly all situated on steep or gentle slopes. « Les Boucherottes » is a terroir which borders the commune of Pommard, and these deep marne / marl subsoils, beneath surface gravel and silt, permit pinot noir to demonstrate it’s full body and expressive strength. « Boucherottes » became a diminutive of « bouchot » and was  used to designate the small bushes that once flourished here. 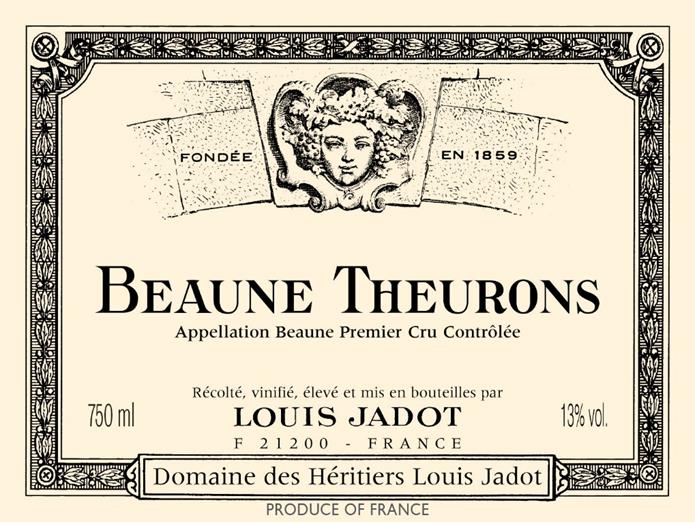 The Beaune vineyards are nearly all situated on steep to gentle slopes, and are typified by terroirs such as Les Theurons. This climat is made up of several vineyard parcels and is right at the center of the Beaune premier crus viewed from North to South . The vineyard is oriented to the Southeast, and lies upon deep marl subsoils that are quite compact and very difficult to work. 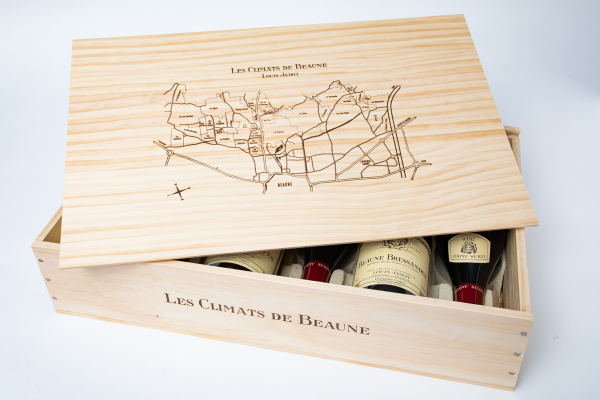 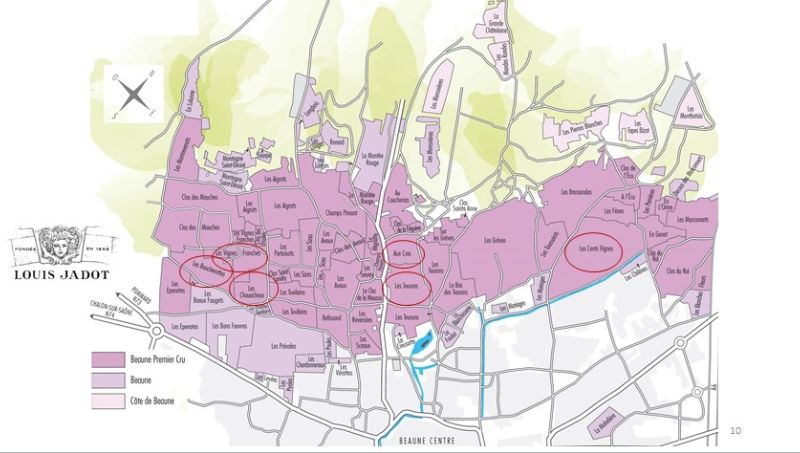 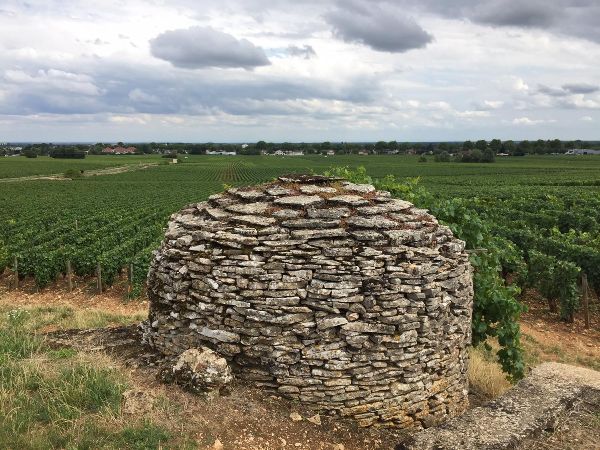 Louis Henry Denis Jadot founded Maison Louis Jadot in 1859. The history actually commenced in 1826 with the acquisition by the Jadot family of the parcel Beaune Clos des Ursules (eventually designated as Premier Cru). Louis Henry Denis Jadot rapidly developed a negoce business in the northern European markets that he knew well as a result of his family origins in Belgium. His son Louis Jean Baptiste followed him in 1900 and continued this development and acquired numerous parcels such as Corton-Charlemagne and Chevalier-Montrachet Les Demoiselles. Louis Auguste Jadot then continued developments, particularly the export markets of England and the United States, notably including an encounter in 1945 with Rudy Kopf, founder of the Kobrand Corporation. In 1954 Andre Gagey joined Maison Louis Jadot to work with Louis Auguste, upon whose untimely death in 1962 Andre Gagey then became director of the company. In 1970 Andre Gagey brought in a young winemaker, Jacques Lardier, to assist in the cellar and vineyards. In 1984 Andre’s son Pierre-Henry Gagey joined the company. Since 1992 Pierre-Henry has been president of SAS Maison Louis Jadot, now assisted by his son Thibault. Since 2011 the wines have been vinified by Frederic Barnier.

With 337 hectares classified as premier cru, Beaune offers a mosaic of wines with great diversity. The extended hillside – between 1000 and 2000 meters – presents a fairly homogenous Southest exposition. The vineyards are at ideal altitude between 210 and 340 meters of elevation. The subsoils are composed of limestone, clay and sand. Wine production largely favors pinot noir which occupies 90% of the appellation. To the North, at the border of Savigny-Les-Beaune, the vines are on steep & stony slopes resulting in wines with a firmly defined structure. Moving just South the parcels Les Cent Vignes and Les Toussaints produce wines that are supple and elegant due to a shift in slope & subsoils. The climate Les Bressandes near the top of the slope, along with Les Greves, form an impressive parcel which slopes gently to the base of the slope. The wines of those parcels centered on the slope between the North and South extremes offer wines which are generous and elegant. To the south of the Beaune appellation parcels such as Les Boucherottes take their cues from the mixed soils of clay, limestone, sand and silt to create wines of great complexity.